It’s been a fruitful year for Le Rouge despite the pandemic. 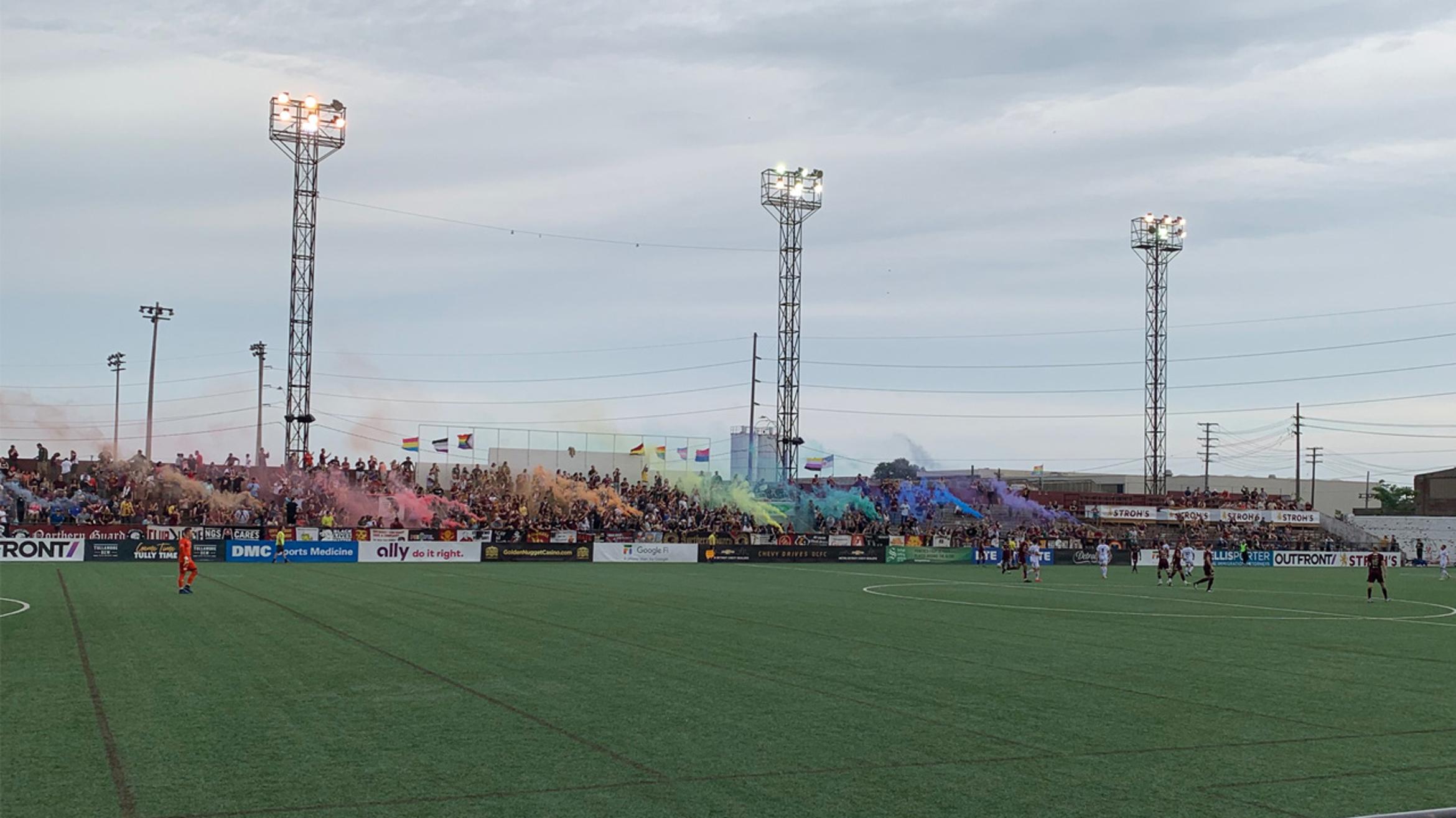 Detroit sports fans haven’t had much to cheer for lately. The Tigers, Lions, Pistons and Red Wings are all in some stage of rebuilding. At times, they have been awful. Young players have shown promise, even glimpses of greatness. But none of the franchises are expected to compete for championships for a few more years.

But the Motor City has one professional team that’s already winning at a high level — Detroit City Football Club.

“It’s been pretty remarkable to go undefeated since last fall.” — Sean Mann, DCFC co-owner and CEO on the club’s success

Since joining the National Independent Soccer Association, DCFC — also known as “City” or “Le Rouge” — has won every trophy available to the league’s members. The club won the fall championship and the NISA Independent Cup in 2020 and the league’s Legends Cup this year. It just completed an undefeated spring schedule and will host the 2021 league championship match on July 3 at Keyworth Stadium in Hamtramck. 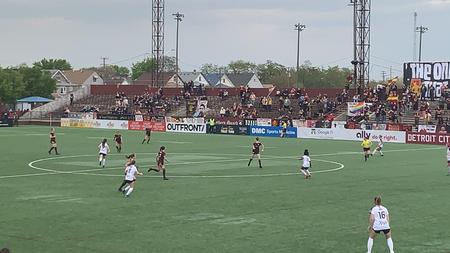 CEO and co-owner Sean Mann says building a consistent winner while navigating the coronavirus pandemic has been a team effort.“I thinkall  the credit goes to our coaching staff and our technical staff,” he says. “We’ve developed a very professional operation with players who are taking this very seriously.” That’s not to say it was easy, especially when state and local health mandates prevented Le Rouge from playing in front of its raucous fans, who filled Keyworth regularly before the pandemic.

“We actually ended up selling 10% of the equity in the club to our fans,” he says. “We raised $1.5 million in basically four days. That gave us the cushion to get through COVID, but also puts us in a position for growth.”

That growth includes the return of a women’s pro-am team, two under-23 developmental squads, a youth program for children in Detroit and affiliations with four community clubs in the suburbs.

“We now have over 2,000 kids who play for DCFC programs,” Mann says. “More than anything, we want them to love the sport and have a connection to our club.”

After the NISA championship match, the men’s pro team will play in the expanded Independent Cup tournament in July. The league’s fall schedule begins in August.

Pat Batcheller is a host and Senior News Editor for 101.9 WDET, presenting local news, traffic and weather updates during Morning Edition. He is an amateur musician.